Sulfur is called sulfur, colloidal sulfur, sulfur lump, sulfur.Although it is a low-toxic chemical in terms of toxicology, sulfur is very harmful to the skin and bad for hair.Although the doctor says, if there is fungus, you can use it, also somebody had used it for a period of time, It has a good effect on removing oil, But it had better not be used commonly, Since the harm is very big, sulfur is a very dangerous thing. Do not use the sulfur as folk prescription says to wash hair, if hair quality is very bad, you had better go special drugstore to seek advice.

Sulfur soap is too alkaline and will damage the weak acidic environment of the skin. It is more suitable for skin with dermatitis and other problems. It is better not to use it for healthy skin.

Because the adoption of sulfur antibacterial formula, It is the effect of the inhibition of too much sebum secretion, killing bacteria, shallow mold, parasites, etc., which can be used as a variety of skin diseases auxiliary efficacy of cleaning soap.

The concentration of sulfur soap is much lower than that of the clinical sulfur plug, but long-term continuous use is not recommended either.Discontinuous use is recommended, such as twice a day at the beginning, once a day or once every three days after symptom relief, and gradually discontinuous until stop.Long-term use of sulfur soap will not cause bacterial imbalance and reduce skin resistance, but it is easy to cause skin dehydration, dry skin and peeling and other phenomena, you can use moisturizing cream after cleansing

Sulfur soap, used in the summer, can remove and inhibit prickly heat production, but it is then peeled at the site where the prickly heat is generated. 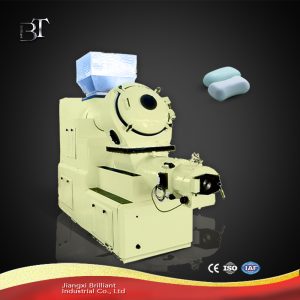 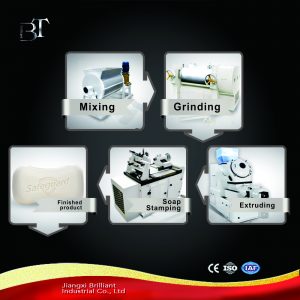 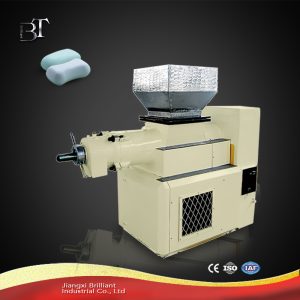 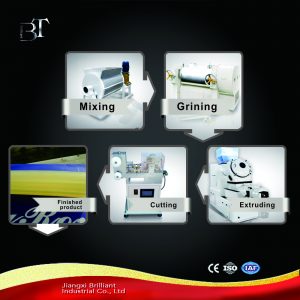 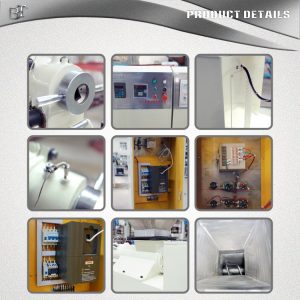 The soap molding machine/soap grinder is equipped with three rollers in the horizontal direction. Through extrusion and grinding at different speeds, the raw materials are grinded twice and the grinding fineness is 3-18 um. The roller is made of high quality alloy material. 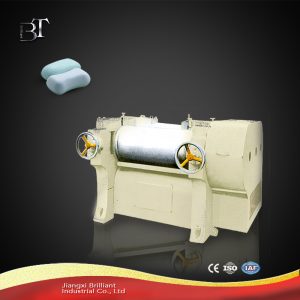 The soap plodder machine/soap extruder has the stripping function of producing low-fat laundry soap and high-fat soap. Due to the structural improvement of the reducer, the modification of the cooling system and the cylinder, the screw structure becomes more reasonable, the whole machine has low torque, uniform pressure, no return material phenomenon, high output, simple operation, reduced labor intensity, intelligent control and automatic control. Protection devices, so that the equipment life greatly improved.